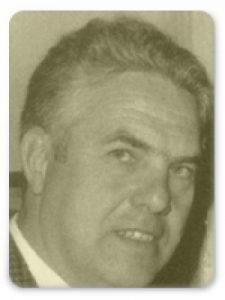 Son of the doctor and teacher of the Llers school, at the age of fourteen, already in Barcelona, ​​he was a student at the Institut-Escola, where he learned from teachers such as Josep Estalella and Jordi Dou and where he shaped his character and working method. There he met Elvira Bigas, who years later, in 1950, would become his wife.

In March 1938 he had to go to war; was from the so-called Leva del Biberón. He went to the front, to the Ebro and to Camarasa, and dedicated himself to the evacuation of first-line wounded, having to be treated against malaria with sulfamides that Dr. Antoni Esteve (later creator of Laboratoris Esteve) manufactured in the back room of his pharmacy in Manresa. All these facts have just defined the man, a man of courage, able to face with determination and responsibility any contingency.

He graduated in Science, Mathematics Section in the summer of 1943. In 1946 he began his training as a researcher at the University of Rome, where he prepared his doctoral thesis with Professor Luigi Fantappié, a thesis he would defend in 1948 in Madrid (in Barcelona it was not yet allowed). In 1952 he spent a long postdoctoral fellowship at the University of Hamburg with professors Wilhelm Blaschke and Ernst Witt, and in 1955 at the Federal Polytechnic School in Zurich. Stays abroad in very difficult conditions, not comparable to the current ones; specifically, in Hamburg, in a Germany that was just beginning its recovery, the amount of a scholarship had to be shared with Albert Dou, who years later would be rector of the University of Deusto and professor at the University of Madrid.

In 1957 he won, by opposition, the chair of Analytical Geometry and Topology at the University of Barcelona and devoted himself intensely to the task of introducing to teaching the ideas and formalisms that were already common in other countries, but unknown in Catalonia and Spain, which at that time were not only deprived of the political, economic and social ideas of Western democracies, but even of scientific knowledge. Teixidor, together with Josep Vaquer, was the architect of a profound reform in the methods of geometry and mathematical analysis, which were followed throughout Spain. From a typewritten note from 1960 to the book Curso de Matemáticas, which was important until the 1980s.

Initiated scientifically in functional analysis, he later worked, and directed theses, in algebraic geometry and introduced algebraic topology to his studies.

Teixidor looked like a distant teacher; instead, he took his students hiking to the mountains, where communication was different from the academia. This allowed him to get to know them better, both academically and humanly, and to form a precise idea of ​​their abilities, of their shortcomings, but also of their needs.

At the University of Barcelona he collaborated with the Mathematical Seminar, especially in the difficult and valuable task of launching a mathematical research journal, Collectanea Mathematica, of international scope in a country where the scientific tradition was very scarce.

His love for the country made him accept, in 1967, the proposal to be appointed full member of the Science Section of the Institute for Catalans Studies. Those were difficult years in which we were just beginning to emerge from the cultural and scientific darkness and Josep Teixidor dedicated himself body and soul to this task, first as president of the Catalan Society of Physical, Chemical and Mathematical Sciences and later collaborating with the president of the institution in the appointment of new young members, who would give a new impetus. Later, he was a decisive promoter of the creation of the Center for Mathematical Research – the first of all the research institutes now hosted by the Generalitat – and of the Ferran Sunyer i Balaguer Foundation, in order to preserve and honor the memory of this researcher born with cerebral palsy.

A biographical approach on Josep Teixidor would be incomplete without talking about Llers, where, as we have said, he was born and died, thus closing his life circle. The town of Llers had been practically destroyed by bombings and explosions during the Civil War and, at the beginning of the 1960s, Teixidor began the reconstruction of a damaged agriculture in them, with a methodology similar to that of mathematical research. With the thankless and invisible work of preparing the soil, with a good scientific base, adequate technological means and an iron will, he obtained high quality vine, olive and fruit crops—his always obsession, quality in everyone who toward—. There he retired in 1987 in order to tend the crops and herds; and in this hard task, which he proclaimed as one of the most rewarding of his life, he was unexpectedly surprised by death on August 6, 1989, due to a tractor accident.

This biographical note has been prepared by Manuel Castellet, Emeritus Professor of the Autonomous University of Barcelona (manuel.castellet.cat) 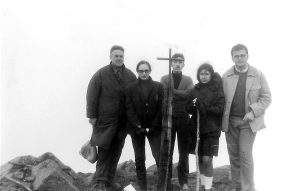 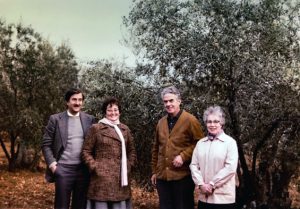 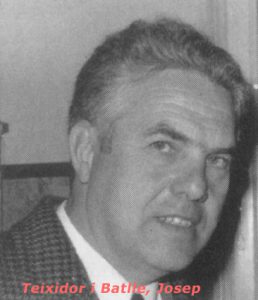