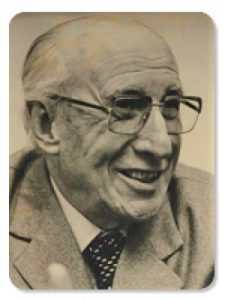 Santaló then returned to Girona where he was assigned to the aviation force of the Republican Army. His first book, Historia de la aeronáutica, was the result of the notes he took during that time. Exiled in France, he was sent to the concentration camp in Argelès-sur-Mer. Later, Élie Cartan invited him to give some lectures at the Henri Poincaré Institute in Paris (March 1939). Once in Paris he was detained, and again freed from prison by Élie Cartan.

In 1939 he exiled himself to Buenos Aires. His scientific life was closely related to Argentina. He obtained a post in Rosario, province of Santa Fe. The Mathematics Institute of the National University of the Littoral was founded, and it was directed by Beppo Levi, with Santaló as deputy director. They created and promoted the scientific journal, Mathematicae Notae, in which Santaló published some 30 articles throughout his career. In 1945 he married Hilda Rossi and his first daughter, Tessi, was born in 1947. He spent the years 1948-49 in Princeton, with a scholarship from the Guggenheim Foundation. He also gave a course in Chicago, invited by M. H. Stone. Back in Argentina, he was a professor at the Faculty of Mathematics and Physics of the National University of La Plata, between 1948 and 1955. In 1957 he was appointed full professor of the Department of Mathematics at the Faculty of Exact and Natural Sciences of the University of Buenos Aires. From 1960 onwards he taught modern mathematics. He published more than a hundred scientific and science popularization articles; and several books, especially on integral geometry, of which he is considered one of its founders. He passed away in Buenos Aires, on 23 November 2001.