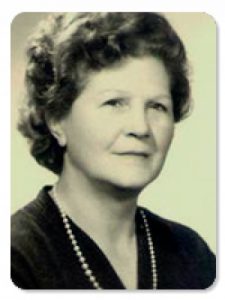 Salvans i Casas was born in Manresa on 18 June 1906 and studied high school in Lleida (Fig. 1). In 1921 she began her studies in medicine, in 1925 she married Dr. Diego Ferrer Fernández de la Riva, and in 1928 she graduated with distinctions (Fig. 2).
During her university studies, she was an intern at the Microbiology Department with professor Jaume Ferran i Clua, whose work she admired (Fig. 3). Teresa Bracons Ganet and her were the only two women that year. Thanks to her excellent school record and personality she immediately started working as a medical assistant for Dr. Joaquim Soler Dopff. During the 1930s she was an assistant in the Pathological Anatomy and Histology classes at the Faculty of Medicine of Barcelona and collaborated with the Histology Department, where her husband was an assistant professor. Together they published an extensive study entitled Acerca del origen de la microglia (On the Origin of Microglia, 1934) and afterwards Esquemas de Histología (Histology Diagrams, 1940), and they continued to collaborate throughout her life, whenever work allowed her to.
Professional career
Her interest in gynecology lead her to become an assistant in the practical classes of obstetrics and gynecology during the 1949–1950 academic year, and to continue as a collaborator of the Department with professor Víctor Conill Serra. Her specialty was gynecology. As a doctor she worked for the Social Security, first in her hometown of Manresa, and then she was a gynecologist of the Regional Mutual Insurance for Workplace Accidents and Illnesses until 1949. On 1 February 1949 she won the position of Clinical Head of the Gynecology Team at Vall d’Hebron Hospital, in Barcelona. She is one of the few female doctors that practiced surgery until the last moments of her life.
She was a person of many interests and that also lead her to study pharmacy, which she completed in 1964 but had begun many years before. In addition to her family life she also drew and painted. Her love for painting materialized in studies at the School of Fine Arts of Barcelona during five years, where she was a pupil of the painter Armand Miravalls. She specialized in portraits, and those of well-known people such as Professor Agustí Pedro Pons stand out. In 1965 she attended an international competition for artist doctors in Turin (Italy) where she earned a bronze medal with the painting in Fig. 4. (It should be pointed out that the photographic reproduction obtained to illustrate this painting is in black and white and does not allow appreciating the color, one of the painting’s most important qualities.) She also participated in other exhibitions with other artist doctors, mainly at the Col·legi de Metges (School of Doctors) of Barcelona.
On 23 April 1970, still in her prime, she passed away victim of an acute myeloblastic leukemia. 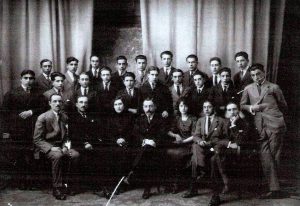 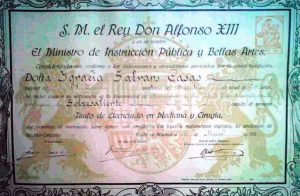 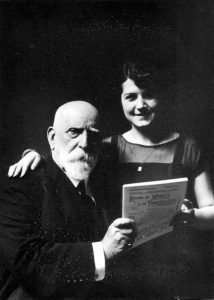 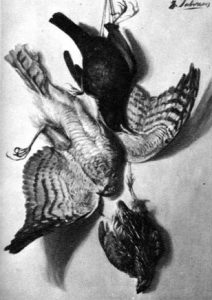 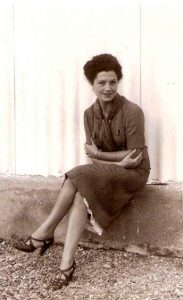 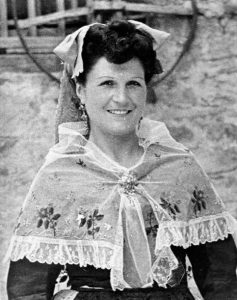 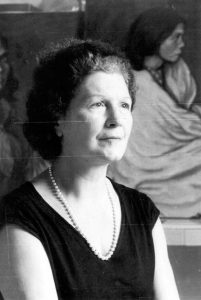 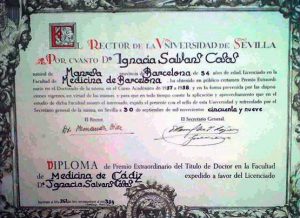 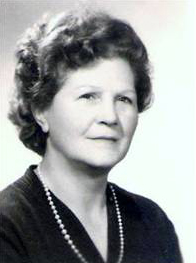