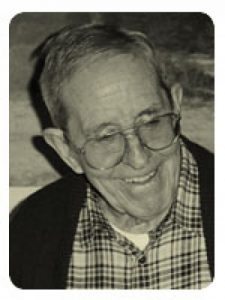 Born on 2 August 1922, he was one of the most internationally renowned Catalan scientists for his contributions in the field of ethology. His autodidactic studies of ethology and anthropology began during his stay in Equatorial Guinea between 1940 and 1969, where he carried out the field research that made him one of the most eminent world experts in the study of primates, amphibians and some African birds in their natural habitat.

His journey to that African country was crucial for the development of his professional career, since it allowed him to study the behavior and customs of the natives and the characteristics of several autochthonous animal species, little known at the time. There are three benchmarks in Jordi Sabater's diverse and extraordinary research: the description of the cultural areas of chimpanzees, thanks to the discovery of an elementary industry of sticks observed in the chimpanzees that live in the mountains of Okorobikó (Equatorial Guinea); the discovery of the giant frog in the waterfalls of the Mbia river (Conraua goliath) and the capture of the rare Lyre-tailed Honeyguide bird (Melichneutes robustus).

In 1958, Sabater i Pi was hired by the Barcelona Zoo as a conservator for the Ikunde Zoological Adaptation and Experimentation Center, located in Bata (Equatorial Guinea), which allowed him to dedicate himself fully to his scientific activities. His research-which can be found in a vast collection of field books and drawings of great artistic quality and several scientific articles published in international science journals-caught the interest of experts at Tulane University in New Orleans, who, between 1966 and 1968, hired him as a researcher with scholarships from the National Geographic Society, the National Institute of Health and the New York Zoological Institute.

More popularly, Sabater i Pi was known as the discoverer of a small albino gorilla, Copito de Nieve (Snowflake), the most emblematic symbol of the Zoo and the city of Barcelona. In 1966, some natives brought the small albino gorilla to the Ikunde Center, in a state of very poor health. Jordi Sabater i Pi took him in the center until he recovered, and later sent him to the Barcelona Zoo. This discovery gave him great popularity, but, personally, Sabater i Pi always declared that this was merely an anecdote of his research; it was extensive and significant in several areas of science, culture and society, but less known to the general public.

For Sabater, his most important contribution to science was the discovery of the cultural areas of chimpanzees, thanks to the finding of some 40 cm long sticks, with some brushes at the tips, which theses animals made and used to obtain termites and consume a type of sand that has medicinal properties, a fact that demonstrates that they have developed and elementary proto-industry. The article where he explains this discovery was published in Naturein 1969, and titled "Sticks used by chimpanzees in Rio Muni"; but his first studies on primates began many years before, during the 1950s. He published several articles in the German journal, Zeitschrift für Säugetierkunde, which specializes in mammals, about his research on the behavior of the "Western Lowland Gorillas" (Gorilla gorilla gorilla).

In 1969, coinciding with the declaration of independence of Equatorial Guinea, he left the country and settled in Barcelona, where he worked as the conservator of the department of primates and of the terrarium of the Barcelona Zoo. In 1972, he received another scholarship from the National Geographic Society to continue his studies on primates in Rwanda, where he studied the "Western Lowland Gorillas" together with the renowned zoologist, Dian Fossey. In 1976, he became professor of the Department of Psychology at the University of Barcelona (UB), where he introduced the subject of ethology for the first time at a Spanish University. In 1987 he was named professor of the Department of Psychiatry and Clinical Psychobiology at the University of Barcelona, and was appointed professor emeritus of the UB upon his retirement.

During his last years he continued to give lectures, participate in debates, write books and publish articles on his observations and animal behavior. Sabater i Pi received honorary doctorates (honoris causa) from the Autonomous University of Barcelona and the Autonomous University of Madrid. He also received numerous awards, including the Catalan Research Foundation Award (1991), the Gold Medal for Scientific Merit from the Town Council of Barcelona (1996) and the Narcís Monturiol Medal for Scientific and Technological Merit, from the Autonomous Government of Catalonia (2004).

Throughout his career, Sabater i Pi used drawings as an essential tool in his scientific work. In the year 2000, he personally donated his personal archive to the University of Barcelona (we can find it in this center's bibliographic fund as the «Sabater Pi Collection»). The collection contains more than 2000 drawings, watercolors, notes and other documental sources of great scientific interest, such as book, journals, professional epistles and African ethnological objects. Jordi Sabater i Pi, was both a scientist and an expert draftsman. 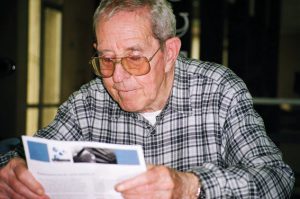 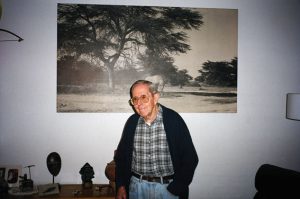 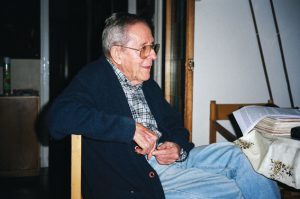