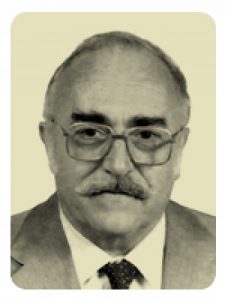 He was born in Barcelona on December 1, 1927. He graduated from the Faculty of Sciences, Natural Sciences Section of the University of Barcelona in 1951. The same year he began his academic career, serving as assistant professor while he began his doctoral thesis. in yeast physiology. He obtained his doctorate under the direction of Professor Francisco Ponz Piedrafita in March 1956 awarded with an Extraordinary Prize of Bachelor’s Degree. Since then he carried out his teaching and research work at the University of Barcelona with various contracts as interim professor and also as scientific collaborator of the Higher Council for Scientific Research (CSIC), until in 1964 he obtained the first chair of Microbiology of all the faculties of Sciences of the Spanish State.

Ramón Parés was one of the introducers in Spain of the teaching of “modern” microbiology, as it is now understood, contributing the new vision of the discipline developed in the 1950s and 1960s basically by microbiologists from the Dutch school in Delft, who they had incorporated into Universities on the West Coast of the United States of America. During his almost 50-year teaching career, he has taught courses in General Biology, Microbiology, Extension of Microbiology (Microbial Genetics and Physiology), and also in History of Science and Evolution of Biological Thought.

Ramón Parés’ research is varied in subject matter. The most outstanding can be summarized in three main themes. The first years of his research activity and until the end of the seventies, he devoted himself preferably to the study of various aspects related to the genetics and physiology of microbes; especially from extra-chromosomal inheritance in bacteria. A second topic he dealt with intermittently focused on the study of R-bodies in bacteria. In the 1950s he studied with Dr. Vallmitjana, in obligate endosymbiotic bacteria of the protozoan Paramecium, and in the late 1970s Dr. Parara and Dr. Jordi Lalucat described them for the first time in free-living bacteria of the genus Pseudomonas. Later, he studied environmental contamination by microorganisms, focusing mainly on coastal pollution in the Barcelona metropolitan area. Product of this research are, among other milestones, twenty-nine doctoral theses and numerous scientific publications in international journals (see the most important ones).

In his time, he was a pioneer in collaboration from university research with the industrial, pharmaceutical and environmental sectors, and administrations, on issues of microbial contamination, to provide answers to various applied aspects of microbiology.

All these teaching and research activities grouped around them a good number of collaborators, so that their influence has spread to several generations of microbiologists. Some of them are currently or have held prominent positions in universities, research centers and industries everywhere. He was also actively involved in university management. He was head of department, vice-dean, dean (being dean the first stone of the Faculty of Biology in Pedralbes was placed) and member of the academic committee of the University of Barcelona, among other positions.

Another great passion of his professional life was the history and philosophy of science and thought. On the history and philosophy of science, he published several books. One of those who felt most satisfied was Cartes a Núria, Història de la Ciència, where he epistolantly reflects on aspects of the history of Science with his daughter Núria. He was co-director, together with Professor Joan Vernet, of the three-volume work La Ciència en la Història dels Països Catalans, published by the Institute for Catalan Studies (IEC) and the University of Valencia.

All this activity made him worthy of several recognitions: The Gold Medal for Scientific Merit of the Barcelona City Council, Honoris Causa Doctorate from the University of Nancy, the Narcís Monturiol Medal for Scientific and Technological Merit of the Generalitat of Catalonia, and the Medal of Nancy City Gold; He was elected member of the Institute for Catalan Studies and academic of the Royal Academy of Pharmacy of Barcelona (RFAC) and of the Royal Academy of Sciences and Arts of Barcelona (RACAB).

Efforts have been made to summarize references related to his various scientific and cultural interests.

This biographical note has been prepared by Joan Jofre i Torroella. Professor of Microbiology at the Faculty of Biology of the University of Barcelona. President of the Royal Academy of Sciences and Arts of Barcelona. 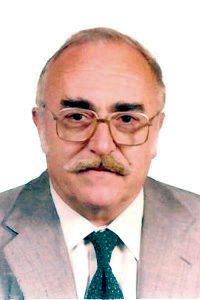 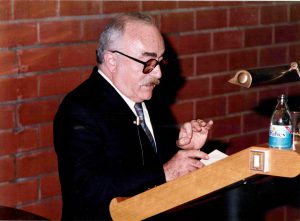 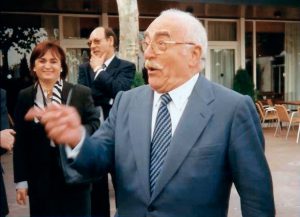 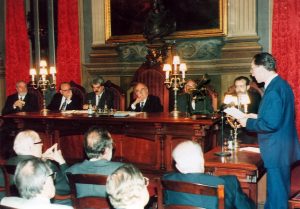 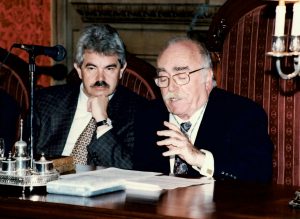 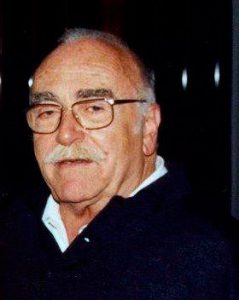 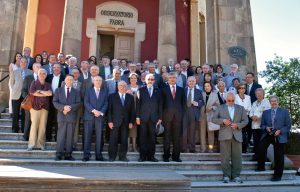 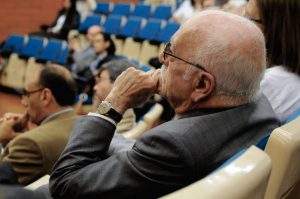 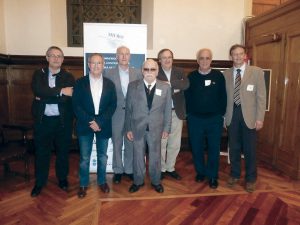 Interview with Ramón Parés i Farràs, Professor Emeritus of Microbiology at the University of Barcelona, ​​by Joan Jofre i Torroella, Professor Emeritus of Microbiology at the UB and disciple of Professor Parés. In the conversation, Dr. Parés, dean of the Faculty of Biology, between 1968 and 1973, spoke about various aspects of his professional and teaching life. The interview takes place in the Auditorium of the Historic Building, on May 30, 2013. Language: CAT