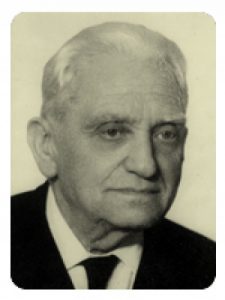 Bachelor of Medicine and Surgery from the University of Barcelona in 1902. He started working as a doctor in L'Ametlla de Mar. In this town he was in contact with the problem that was the great infant mortality of the time. He also studied the incidence of infectious diseases such as Kala-azar leishmaniasis, a subject on which his doctoral thesis was based. In 1909 he settled down in his hometown where he opened a pediatric ailment clinic. Convinced that to reduce the mortality of children, it was necessary to raise the level of culture in the health order, he undertook a campaign of prophylaxis and dissemination of the hygienic norms and of the cure and protection of children. In order to extend his ideas in 1914 he published a booklet that was distributed free in the Civil Registry of Reus "Advice to mothers to raise their children well." In 1919, the first Comprehensive Childcare Center in Spain was inaugurated, known as "La Gota de la Llet". In 1921 he created and directed the magazine Puericultura where comments, articles, papers presented at medical conferences and studies of renowned pediatricians and nurses were published; it was published monthly until 1936.
He founded the Municipal Laboratory in Reus. The year 1923 promoted the realization of the School Colonies first in Riudecanyes and then in the small coastal town of Salou. Implanted the Medical-School Inspection and Physical Education in the school. In 1928 he published the First edition of the booklet "What mothers should know". In 1932, the maternity ward of the Municipal Hospital of Reus was inaugurated, subsequently installing a Maternal and Pediatric Emergency Center in the Hospital de San Juan, dedicated to the services of tocology. The first in all of Spain. In Radio Reus he gave a series of radio broadcasts called "Hygienic Advice" and "Radiophonic Conferences of Childcare". In 1950, precursor as always, organized in the Institute of Childcare Reus the 1st course of childcare for men.
Among the numerous prizes, it is worth mentioning the ones received by the Instituto de Puericultura in the 1st National Congress of Medicine in Madrid in 1919, in the 3rd Congress of Doctors of the Catalan Language of 1919 and in the 2nd Congress of Medical Sciences of Seville in 1924. He was awarded with the Orden Civil de Sanidad (1950) and the Medalla d'Or de Reus (1958).
His work for the education and the promotion of child health led to a significant reduction in the infant mortality rate first in Reus and later, thanks to the dissemination of his work, throughout the region and the state. All his effort was based on the idea of ​​a comprehensive health action.
Related News
In March 2017, the City Council of Reus, together with the Government of Catalonia, the Provincial Council of Tarragona and other entities and institutions and within the framework of the events of Reus Capital of the Catalan Culture 2017, dedicated the year with an extensive program to remember and disseminate the life and work of Dr. Alexandre Frias i Roig (Reus, 1878-1963).

This biographical review has been prepared Dr. Jordi Salas-Salvadó, Professor of Nutrition at the Rovira i Virgili University and a corresponding member of the Institute for Catalan Studies. 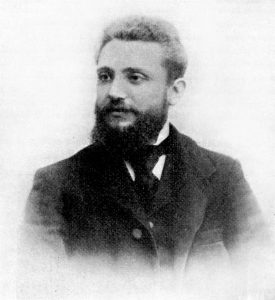 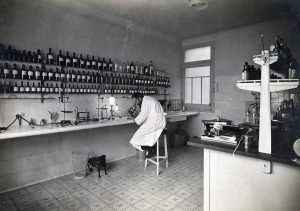 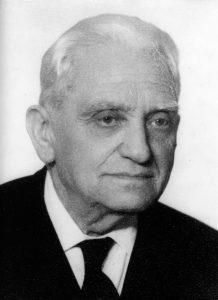 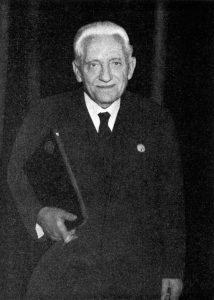 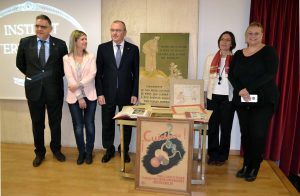 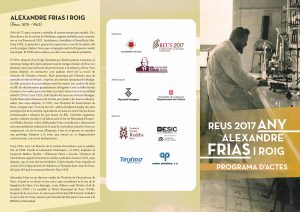 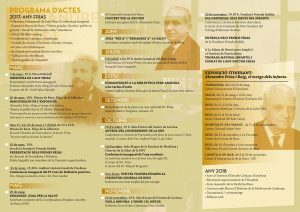 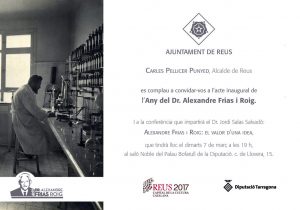