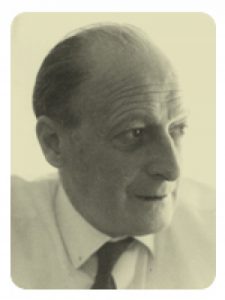 Jaume was born in Barcelona in 1905, son of surgeon Antoni Raventós i Avinyò from the Hospital de la Santa Creu i Sant Pau and nephew of the historian, architect and collaborator of Enric Prat de la Riba in the Institute for Catalan Studies (IEC), Josep Pijoan i Soteras. He did his studies of Medicine at the University of Barcelona, where was internal student of Physiology with Dr. August Pi and Sunyer. It obtained the degree in 1930 and was internal doctor, later internal teacher and assistant teacher of Human Physiology of the Department of Physiology. It defended his doctoral thesis in neurotransmitters in 1934.
In 1935 moved, with a scholarship of research, at the Department of Pharmacology of the University of Edinburgh. His stay in the United Kingdom was prolonged because of the beginning of the Spanish Civil War. In 1939 he decided not to return and continued his research at the laboratories of the Imperial Chemical Industries(ICI) where continued until the 1967, working at the research of new fine anesthetic products until the application of the fluathano, a product that offered big advantages on how anesthetic were used until that time. His work gave him the reconnaissance of the international scientific community, fact that it took him to be named President of the Manchester Society in 1967 plus other prizes as the prestigious John Scott, or the nomination as an Honorary Member of the Faculty of Anesthesiology of the Real College of Surgeons of England.
Along his scientific life in the United Kingdom, kept in contact with the Catalan institutions, with those that maintained a close relation, as proven by the fact of belonging at the Catalan Society of Biology (SCB), among others, where had the position of Secretary of Publications (1925-32) and Secretary during the long period of the Spanish Civil War and the years which followed (1935-63). The Catalan Society of Anesthesiology and Reanimation awards, since 1968, the annual prize that takes his name as a tribute to his work realized in this field of research. The scientific productivity is compiled in the work of C. Hervàs “Aproximación al trabajo científico de Jaume Raventós (1905-1982)” of the magazine Revista Española de Anestesiología y Reanimación of 1982, published 10 years after his death in Manchester, where lived accompanied of his wife Margareth.

This biographical note has been crafted by Jordi Serra i Raventós. 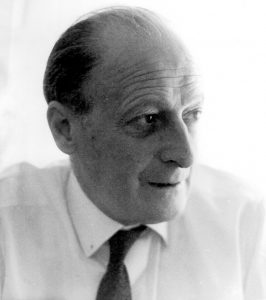