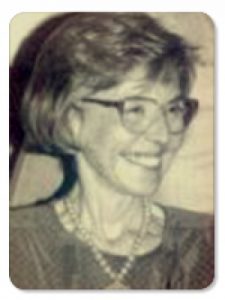 She spent her  childhood in a stimulating intellectual environment. Her father, Julio Pascual,  was a renowned painter, and two of her aunts were schoolteachers. Griselda  Pascual studied at the private school, Women’s Cultural Institution (Institució Cultural Femenina), under the guidance of her aunts, one of whom was  headmaster.

At the age of 16 she had already finished high school and passed the State’s exam. During the summer of 1942 she prepared for all the subjects needed to be a teacher. Thus, she already obtained a teaching degree when she began her studies in mathematics. In January 1947 she graduated from the University of Barcelona in Sciences (Exact Sciences Section), and that same year she was appointed assistant professor to the practical classes at the University.

In 1950 she won the competitive examination for the Chair of Mathematics at the Tortosa High School (Tarragona) and half a year later she obtained, also by competitive examination, the Chair of Mathematics at the Maragall Institute (Barcelona). She was a high school teacher between 1950 and 1985. Between the years 1965 and 1968 she was also the headmaster.

There was a constant dedication to study and university throughout her life. Between 1958 and 1959 she completed a research stay at the Mathematical Institute of the University of Freiburg (Germany) thanks to a Humboldt scholarship from the Alexander von Humboldt Foundation, and a scholarship from the Spanish National Research Council. During this period she worked on non-Euclidean geometry.

In the course of her career she participated in several actions for the improvement of the teaching of mathematics and took an active stance in the elaboration of the Cangur tests for high school students. She participated in numerous seminars, as well as mathematical congresses, both national and international. She also translated many university-level mathematics textbooks. Her translation from Latin to Catalan of Carl Friedrich Gauss’ “Disquisitiones arithmeticae“, published in 1801, deserves a special mention.

Griselda Pascual was the first female professor to retire from the Faculty of Mathematics at the University of Barcelona. She passed away on 8 June 2001 in Barcelona. 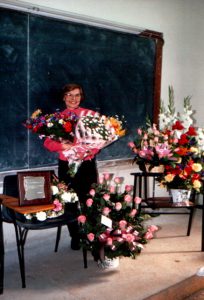