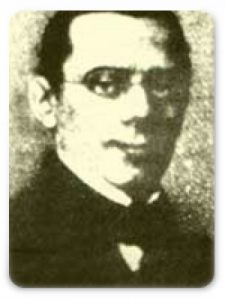 In 1833 he finished his medicine studies in Barcelona. He emigrated to France and worked in the military health system of several cities. He was the director of the newspaper called: El Vapor (1835-36) and was exiled to the Canary Islands in 1837.

He won the geography professorship at the Acadèmia de les Ciències Naturals i Arts de Barcelona, from where he showed and divulged his pictures from the exile. He was Professor of literature and history at the University of Barcelona (1840-44), but he was dismissed for political reasons. He was also Professor of psychology, logic and ethics in the Instituto de San Isidro de Madrid (1848). In 1854 he obtained the professorship of hygiene at the faculty of medicine of Madrid, but he deserted and went back to teach psychology and logic. He was also a psychology, logic and ethics teacher at the Escuela Normal de Madrid until 1852 and a teacher of compared historical grammar from Roman languages in the Escuela Diplomática. He was a member of the Academia Española and of the Academia de Ciencias Morales y Politicas and the director of the Museo Arqueológico de Madrid (1867-68). He started some urban studies that were followed by L. Figuerola and I. Cerdà. Some of his works are: Elementos de higiene pública (1847); Higiene industrial (1856), where he analyses the sanitary conditions in the Spanish industrial areas; ¡¡¡Abajo las murallas!!! (1841), where he emphasises the necessity of the urban studies in Barcelona in order to improve the hygienic and sanitary conditions; El amigo forastero en Barcelona y sus cercanías (1831), which is a urban study of Barcelona. He was also interested in philosophy being influenced by Ramon M. d'Eixalà and Marià Cubí. He wrote together with J.M. Rey Heredia Curso de psicología y lógica (1849). Referring to his language studies, he published Elementos de literatura (1842) and Diccionario etimológico de la lengua castellana (1856), he made some translations and collaborated with some newspapers and journals. 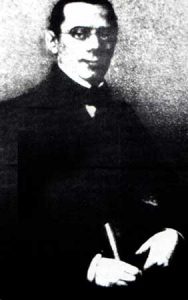