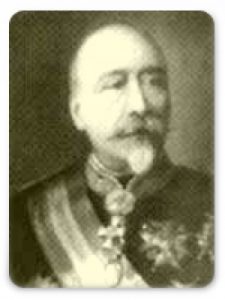 In 1839 he began to study engineer in the army academy. In 1853, he published: Manual del pontonero and, in the same year, he became a member of the committee that had to made a map of Spain, this was how he began to be interested in geodesic science.

In Paris, he directed the construction of a machine to measure geodesic bases that was consulted by the Egyptian government (he was chosen member of the Egypt institute). In 1864 he published Estudio sobre la nivelación geodésica, and in 1865, Base central de la triangulación geodésica de España. He was one of the founders of the International Geodesic Association and a member of the international committee that established the decimal metric system. In 1880, the Swiss government asked him to measure the geodesic base of Switzerland. From 1878 he was the director of the Instituto Geográfico y Estadístico de Madrid, where he started to publish a topographic map of Spain. He studied the geodesic measures of Algeria made by France that help to find out the Sahara meridian arch. In the International Exhibition in Barcelona in 1888, he was proposed to be called Marqués de Mulhacén (1889). His son, Carlos Ibáñez de Ibero (who died in 1966), was also called Marqués de Mulhacén. He was a journalist and a writer and became the director of the "Le Figaro" when he was living in Paris. 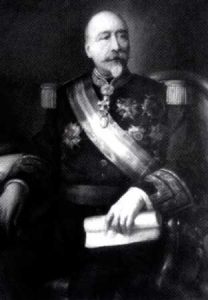