She devoted over 50 years of her life to  teaching. Daughter and granddaughter of teachers, she continued the type of  open and innovative school promoted by her mother, the pedagogue Rosa Sensat i  Villa. In her own words, “education is a more a work of love than of science.”

Born in 1904 in Barcelona, she studied in a small-state school and then, in 1914, in the girl’s section of the Bosc de Montjuïc local school, both directed by her mother. She attended high school at theInstituto Balmes, was trained as a teacher at theNormal and graduated in Natural Sciences in 1926.

From that time until 1939, the end of the Civil War, her career was unstoppable. She was professor of Zoography at the University of Barcelona and was responsible for the practical science lessons at the Instituto Balmes for seven years, taught Biology and Natural Sciences at the Monturiol High School of the Mútua Escolar Blanquerna by request of Alexandre Galí and was also in charge of the orientation center for the teaching of natural sciences with the help of Manuel Ainaud. This intense and satisfactory stage culminated in the project that interested her the most and for which she left her other tasks, theInstitut-Escola del Parc. The Autonomous Government of Catalonia asked her to collaborate as a teacher of this first middle school center. She worked there together with professor Estalella in the experimental teaching of Natural Sciences and on 1936 she herself became a professor at the Institute.

In 1940, after the Civil War was over, she was transferred to Madrid, to theIsabel la Católica High School, where she spent two years in charge of the course. Her return to Barcelona would take place almost 24 years later. After Madrid she went to the Reus High School, and in 1958 to the Mataró Secondary School, the center she founded with her husband, Alexandre Satorras, and she finally returned to Barcelona after winning the competition to work at theInfanta Isabel d’Aragó High School, which she would direct from 1966.

Until her retirement in 1974 she remained working at this center, which was devoted entirely to the training of students and where she could fulfill her artistic, scientific, and human endeavors through the day to day projects that were developed together with a staff of an extensive human and scientific training.  In this center, as she herself says in her autobiographical notes published in the tribute the teachers of Catalonia paid her on 7 July 1982,  this is the place where she worked with the most problems, where she suffered the most and where she grew old. Those last years were spent dedicated to teaching without the company of her husband, who had passed away years before. As she stated in the aforementioned publication, the years 1932 to 1939 were the most intensely lived and reminiscent of her best work.

“I want to dedicate my posthumous message to the teachers. I think that education is more a work of love than of science. Those who do not feel a true vocation and are not capable of loving, of treating children with respect to their personality, of devoting themselves to education unconditionally, without a measure of time, or earnings, or benefits, or honors, should not be teachers. Being a teacher is something that is carried within. Those who are will observe every reaction of their students and respond appropriately to guide them in their instincts and to act responsibly in accordance with themselves. This requires a fine perception on behalf of the teacher, a great respect and deep appreciation for each child. Nothing is more interesting and difficult than the knowledge of the human being and it is an indescribable joy to be successful in the education of a child and to observe the development of an appropriate behaviour by conviction, not by imposition, from them. The good teacher offers him or herself to work for selfless love, humbly, but with passion. Those who do the most for Catalonia will be the good educators of its children. Love, respect and interest could raise educated and free citizens.” 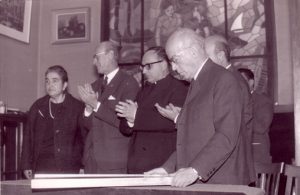 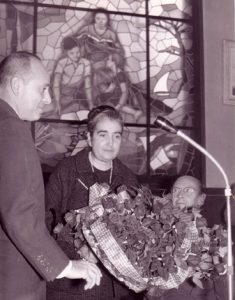 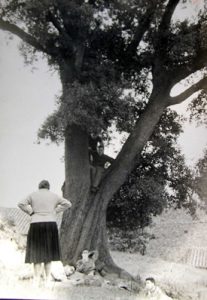 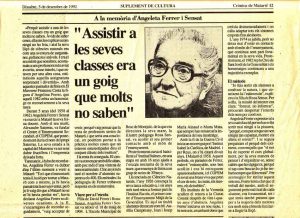 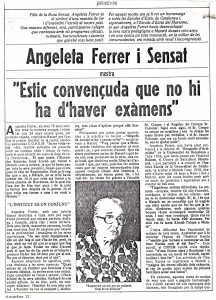 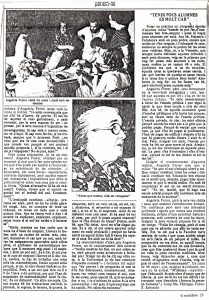