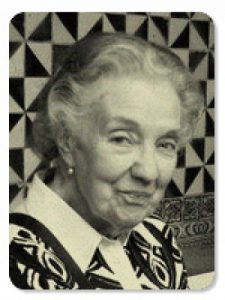 Maria Assumpció Català Poch was born in Barcelona on July 14, 1925. In the early years of her childhood, the family lived in Montblanc, Tarragona, where her father worked. She began primary school in Montblanc but finished in Barcelona, at the Catholic school of the Sacred Heart and Mary Immaculate, operated by the sisters of St Paul. After the Spanish civil war, she attended high school at the Institut Maragall in Barcelona.

From 1947 to 1952, she worked towards a bachelor’s degree in science at the University of Barcelona’s Mathematics Section, where she also did her doctoral studies and began to write her doctoral thesis. Following a family tradition, she took the public exams to qualify for secondary school teaching in mathematics. She was then hired by the secondary school Infanta Isabel de Aragón, in Barcelona, where she taught from 1963 to 1975.

During a period of over 30 years, she investigated solar spots and performed calculations of orbits and eclipses, in addition to authoring many university textbooks and studies on the history of science, particularly the history of astronomy. She also worked on the popularization of astronomy, a task that continued to engage her until the time of her death. Also, for 15 years, she was the Spanish representative to Commission 46 of the International Astronomy Union, whose mission is to promote the teaching of astronomy.

Beginning in 1975 and until 1990, when she retired, she taught Astronomy, Astrophysics, and Geophysics in the Physics Faculty of the university. She also taught Geodesy after the subject was transferred to the Astronomy Department, in 1990, and in the same year started her collaboration with the Cartography Institute of Catalonia. Between 1971 and 1980, she took part in the Space Technology Courses at the Technical University of Catalonia, teaching Astrodynamics and Celestial Mechanics. While teaching at the universities, she also participated in several courses and seminars on comets, astrodynamics, celestial mechanics, stellar systems, and galactic dynamics, and attended meetings aimed at the popularization of science.

Dr. Català started work as a researcher in 1954, with a grant from the Spanish National Research Council (CSIC), in the areas of positional astronomy and orbital calculations of comets. Also, at the Astronomy Observatory of the University of Barcelona, in collaboration with the National Observatory, she worked in the areas of observational astronomy and orbital calculations, while carrying out daily observations of solar spots. In 1957, she was named assistant of the Astronomy Section in the Mathematics Seminar of Barcelona, run by the Alfonso el Sabio Board of Trustees of the CSIC. She held this post until the dissolution of the section in 1969.

A lesser known period in the research career of Dr, Català covers the years 1965 to 1966, when she served as adjunct research collaborator at the History Faculty of the University of Barcelona, in the Science History department, specializing in Arabic Astronomy. From 1966 to 1970, she taught the course History of Arab Science in the university’s Philosophy Faculty. Together with Dr. Joan Vernet, professor of the Arab Department in the same Faculty, she wrote a series of articles on Arab science. Las obras matemáticas de Maslama de Madrid (1965), Arquímedes árabe: el tratado de los círculos tangentes (1968) and Dos tratados del Arquímedes árabe: tratado de los círculos tangentes y el libro de los triángulos (1971). In that same year, she also collaborated with Dr. Julio Samsó, publishing the article Un instrumento astronómico de raigambre zarqali: el cuadrante shakkāzī de Ibn Tībugā. Her work as an advisor in the field of Arabic Astronomy extended her teachings to later generations of historians of Arabic science and culture.

In 1978, she was the recipient of a grant for the promotion of university-based research (Fomento de la Investigación en la Universidad), which funded her work in positioning astronomy, specifically, eclipse, occultations and transit calculations, stellar systems dynamics, and galactic dynamics. This was an area of research she had already started as part of her doctoral thesis but which she later continued on her own. In 1976 and 1979, she worked in the Stellar Dynamics and Statistics Laboratory in the Institut Henri-Poincaré, as part of the Hispano-French Scientific Cooperation Program, and also at the Observatorie de Meudon, where she studied the structure of the Oort comet cloud.

Throughout her research career, she participated in many projects funded by the Spanish government, serving either as principal investigator or as a collaborator. She also played a major role in European Space Agency project “Selection and determination of stellar and planetary positions using Hipparcos satellite.” The results of her broad-ranging research have also been published in dozens of international congresses. The value of her academic career is evidenced by the fact that she supervised 11 degree theses and seven doctoral theses.

She was a member of the Astronomy Teaching Commission, created in 1983 as part of the Earth and Cosmological Physics Department of the University of Barcelona, and was a member of the Permanent Astronomy Seminar at the Education Science Institute (ICE) of the Polytechnical University of Catalunya since its inception in 1984. Her work on medieval science can be found on the Hispanic Medievalism index (1955-1970) in the Medieval Studies Department of the CSIC. In 1997, she became a scientific advisor to the Astronomy Section of the Spanish edition of National Geographic, published by Ediciones RBA, Barcelona, since she passed away on 3 July 2009.

Shortly before her death, Dr. Català shared her experience as a woman astronomer, during an interview in the documentary program “Women in the stars,” produced within the framework of the International Year of Astronomy 2009, as part of the series “She is an astronomer”.

This biographical summary has been carried out from the article of Roser Puig and Carme Jordi published in Contributions to Science vol.5, núm.2, 2009. For more information of the article go to: http://www.cat-science.cat/ 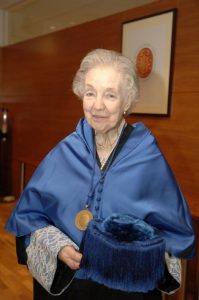 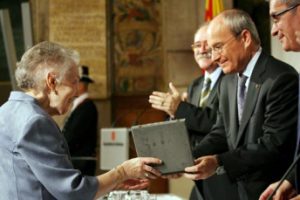