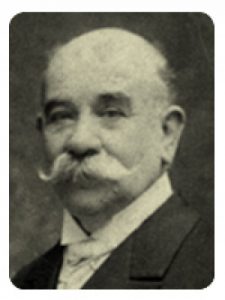 Son of farmer parents, and encouraged by his brother’s teacher to become a scholar, at fourteen Cadevall enrolled to complete his higher education studies in Manresa, thanks to the efforts invested by his family in his talents, despite not being the heir. These efforts had their first reward when at the age of 22 he began to work as a teacher at the Col·legi de Terrassa (School of Terrasa). A year later Cadevall obtained his degree in exact sciences at the University of Barcelona and in 1873 he obtained his Ph.D., always as a disciple of Antoni Cebrià Costa (1817-1886). From that year until 19091 he was director of the Reial Col·legi de Terrassa (Royal School of Terrassa). Nominated by professor Costa, in 1877 he entered the Royal Academy of Sciences and Arts of Barcelona.

His role as a teacher was already recognized at the time. He worked tirelessly in all the posts he held. In 1886 he was appointed director of the Municipal School of Arts and Crafts of Terrassa, which he helped establish, and in 1901 he promoted the creation of the Superior School of Industries of Terrassa. With the new center, the Reial Col·legi, where he remained director until 1904 and working until his retirement in 1918, became the elementary school.

His was mostly absorbed by his dedication to teaching, but nevertheless he dedicated a few hours to botany every day. The classes by Costa he had attended at the University of Barcelona influenced him to opt for phytography. Whenever he could, he collected plants to have material for his classes. But little by little he created a herbarium of the zone, and in 1890 he presentedFlora del Vallès to the Academy, which was published seven years later. He undertook this task under the guidance and help of Carlos Pau (1857-1937) who always supported his work as a botanist and encouraged him to continue a career in botany. Their relationship, mainly through correspondence-Pau lived in Sogorb, in Valencia-, grew apart after the presentation of Flora del Vallès. During these years he founded the Red Cross of Terrassa, was elected president of the Chamber of Commerce, became director of the Meteorological Observatory, organized the Industrial School of Terrassa and left the Col·legi Reial to go the Escoles Pies. All this meant a comprehensive commitment of education. The death of his wife, with whom he did not have any children, in 1904, was added to this great amount of work.

After 1905 things took a new dimension. Encouraged by Carlos Pau he began to prepare Flora catalana. The significance of this decision, in a moment of ‘drought’ in the field of botany such as the beginning of the century in Catalonia, must be highlighted. Despite the bleak outlook, Cadevall believed that a Flora Catalana was necessary, and despite not being the perfect man for the job, he was the only man at the time who had the knowledge to carry it out. What Cadevall felt was a scientific responsibility to undertake this ambitious project. Pau’s advice and a new marriage in 1906 helped the idea gain force. Cadevall worked intensively and practically had completed it by 1911. At that time, the Sciences Section of the Institute for Catalan Studies (IEC) was created and with it the goal of a Catalan flora. The IEC asked Cadevall to publish his work on the condition that it was written in Catalan. Cadevall accepted the challenge of re-writing the work, with the help of Àngel Sallent (1859-1934). It should be understood that this was not an easy decision, as he wrote in a letter to Pau in 1913, “the difficulties have become even larger writing it in a language that, despite being our own, we have not cultivated and whose technicalities, to a great extent, still have to be developed.”

The process of Flora catalana was long and costly. In the words of Cadevall: “It seems that at last the publication will be a reality, which on one hand gives me great satisfaction, and on the other gives me fear and horror, fear not to see it finished and horror because it is a work much superior to my strength and the necessary scientific means to do it.” In the end, the first installment of Florasaw the light in 1913. Pau’s words in response to the copies sent to him by Cadevall illustrate the general response: “I received the Flora and I envy you.” The second installment would not be completed until 1919, and the third, finished on 1918, could not be published during Cadevall’s life, who passed away on 1921. Pius Font i Quer resumed the task of correction and expansion of the last installment in the 1930s, after the Primo de Ribera dictatorship.

Before dying, but now sure that the end was not too far away, Cadevall wished to give his herbarium and his savings to the Board of Natural Science. The herbarium was set up in the Museum of Natural Sciences. The savings were destined to reward young botanists, but the bankruptcy of the Banc de Terrassa took Cadevall’s savings together with his dream. From the last years of his life, and his significance as a person, we have his work but also the words of those who knew him, such as these of Font i Quer: “Then I saw him in the warm dining room of his home in Terrassa, the hand no longer obeying the thought, him dictating and his wife taking notes, working on writing Flora with the usual strength. […] He was, in fact and by unanimous choice, the true teacher of Catalan botanists at the beginning of the century.” 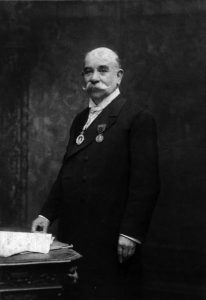