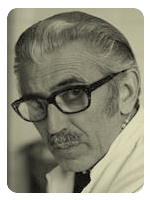 But the contact with Francisco García del Cid, who had recently created the Institute of Applied Biology, with a Marine Biology Section, made him change his line in 1949 and join this Section based in Blanes. There he trained together with other young scientists who promoted marine research, interrupted by the war. In 1953 he presented his doctoral thesis on mackerel in Madrid.

In Blanes, Carles Bas develops an intense activity in fisheries research, where he combines laboratory research with direct contact with fishermen, which makes him a deep connoisseur of fishing in our country. This task culminated in 1955 with the reference work “La Pesca en España, I Cataluña”.

Later he moved to Barcelona, ​​in the recently created Instituto de Investigaciones Pesqueras, integrated into the Spanish National Research Council (CSIC). There he develops an intense scientific activity that focuses on three geographical areas very far from each other: the Catalan Mediterranean, the Canarian-Saharan bank, and Namibia. It is necessary to emphasize the integrating vision of the different disciplines in the fishing search, the vision of the fishing resource as a component of the ecosystem represented a great innovation. At the same time, he participated in the planning of the construction of the oceanographic vessels Cornide de Saavedra in 1972 and García del Cid in 1979.

Perhaps the most significant contribution of this period, the 1970s and 1980s, was the creation and consolidation of a research team that has been very productive. Today the disciples of these former scholarship holders, now retired, head a good number of research lines of international level.

Between 1983 and 1987 he was Director of the Instituto de Investigaciones Pesqueras, which that year was renamed the Institute of Marine Sciences (ICM). During this period, it opened the Institute to other regions of Spain and Latin American countries with a series of agreements and doctoral students. In particular, it bore the name of the ICM in the constitution of the Bachelor and Doctorate in Marine Sciences at the University of Las Palmas de Gran Canaria. He also relaunched the magazine “Investigación Pesquera” which from 1989 became Scientia Marina.

Medal of Merit on Fisheries from the Generalitat de Catalunya (1990), member of the Special Commissioner in Uruguay by the Intergovernmental Oceanographic Commission of UNESCO and the United Nations Development Program (1990), Honorary Rector of the Aulas del Mar of the University of Murcia, Doctor honoris causa by the University of Las Palmas de Gran Canaria (2005) and Galardón Océanos Award in individual category by the Asociación Atlántica de Oceanógrafos (2015). Among many other merits.

President of the Catalan Society of Biology (1975-1979), member of the Institute for Catalan Studies (IEC) since 1978 and of the Royal Academy of Sciences and Arts of Barcelona since 1990.

Once retired, he continued going to the IEC, as long as his health allowed, doing research on various aspects of fishing, his last publication being in 2012 at the age of 90. Regardless, and as a hobby while retired, he devoted himself to genealogical research and published in electronic format, in 2011, “Can Serra de Lladó, apunts sobre la història d’una casa i d’una família”, a monograph of almost 200 pages.

Personally, he was a man with a great capacity for work and very demanding with himself and with his students. Three aspects of his character: he was deeply religious, he was a man of the left and a fervent Catalanist.

This biographical note has been prepared by Jordi Lleonart, marine biologist. 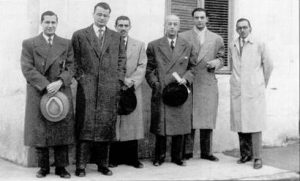 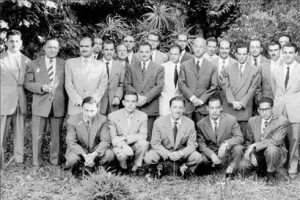 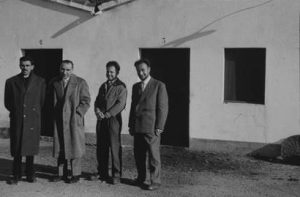 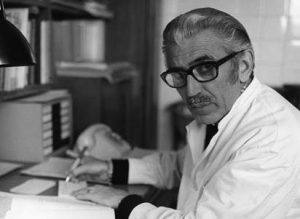 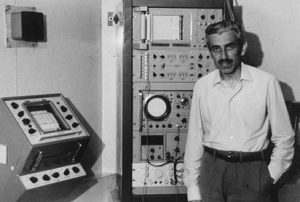 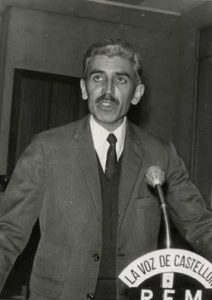 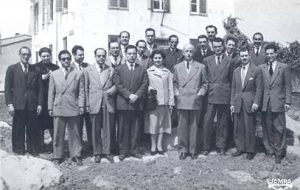 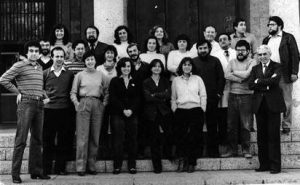 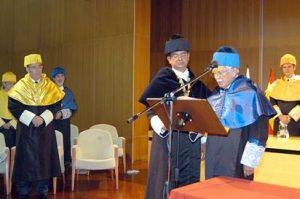